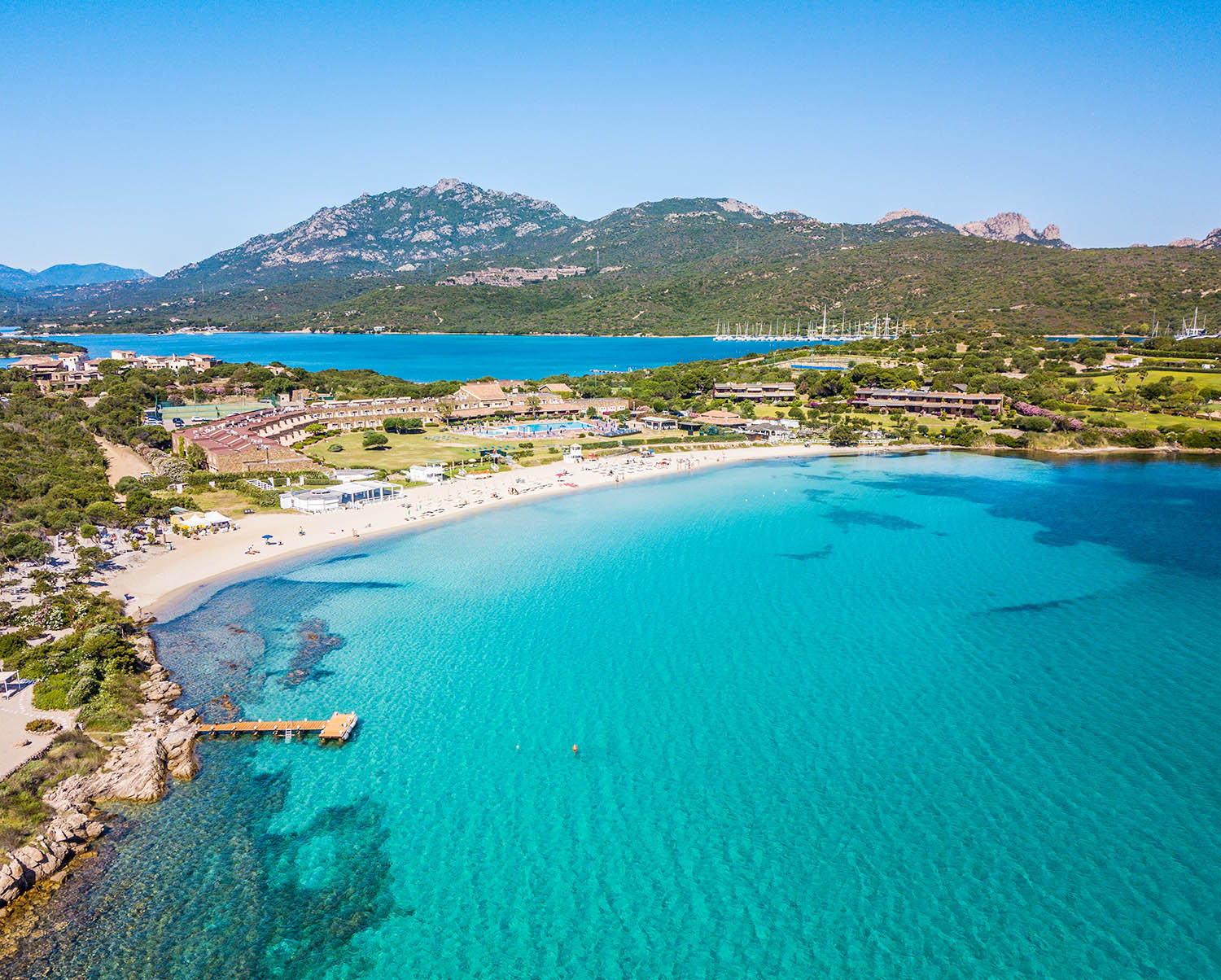 Exclusive clubs, nightlife, fabulous beaches: a dream location in the most north-eastern part of Sardinia that ‘competes’ with Porto Cervo as the location most ‘in’ in Gallura.
One of the most famous places for national and international tourism, it is a jewel in the crown, along with Porto Cervo, of the Gallura area, on the north-eastern coast of Sardinia. . In 500 hectares of territory, between the gulfs of Cugnana and Marinella, with a highly-equipped tourist port with 800 moorings for boat, there are about a thousand residents in winter. In the summer, there are sometimes as many as 30 thousand inhabitants in the villas, timeshare homes and residences built around an initial nucleus of the village, dating back to 1964. It was started by the Venetians, Luigi and Nicolò Donàdalle Rose, as part of an initiative undertaken by a group of entrepreneurs. This is where its architecture, which decidedly resembles the structure of Venice. This is where its architecture, which decidedly resembles the structure of Venice, comes from and, not surprisingly, the main square is Piazzetta San Marco. Along with the magnificent residences, there are also numerous luxury and extra-luxury hotels.
It is generally considered a Costa Smeralda section, even though it is technically not part of it, based on what was established by the Costa Smeralda Consortium. In Porto Rotondo, every year, at the end of August, the Big Game is held. This is a deep-sea fishing sports event, among the most important and spectacular in the Mediterranean sea. The Porto Rotondo Yacht Club, officially established in 1985, has become one of the most important at national level, maintaining a strong link with the Yacht Club Italiano in Genoa.

The granitic islands of Mortorio and Soffi maintain unspoiled ecosystems, enriched by the marine life and uncommon birds’ species, mostly in Mortorio Island, such as Corsican gull and Peregrine Falcon. Soffi is a flat area without inlets with four nice coves that look like real natural pools, surrounded by pink rocks. The beaches are made up of coarse sand and small pebbles, with a sandy seabed and crystal sea. The island is reachable by means of private boats or private tours that start from Portisco, Porto Cervo or Porto Rotondo.
Mortorio, unlike Soffi and Camere Islands next to it, is more rugged and full of steep cliffs that reach up to 80 metres, with a low-elevation vegetation. . It is split into 2 parts and dotted with small coves and sheltered beaches (thanks to their natural shapes ) with always very calm sea.