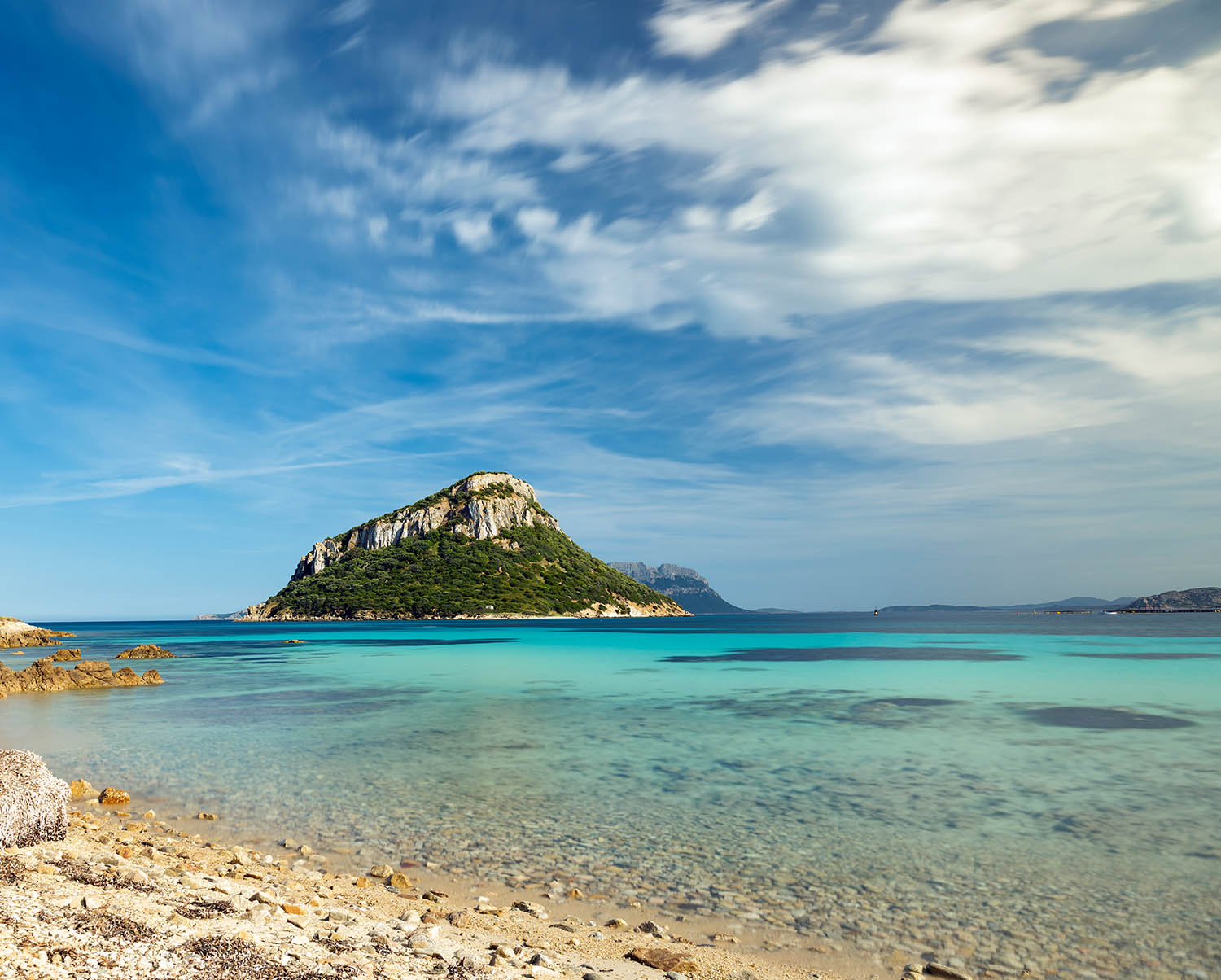 It is a charming small village situated on the north-eastern end of Sardinia, few kilometres from Olbia, full of amazing naturalistic treasures and precious biodiversity.
The village is developed in a strip of land in front of the sea, overlooking the gulf of Olbia, that ends at the base of Capo Figari, ideal for diving – especially the Mamuthone Rock and Capo Filasca – and trekking inside a natural oasis, the habitat of mouflons and rare birds, that includes the little island of Figarolo, which faces it. The residential area, originally a fishing village, became a Municipality in 1979 and had a population of two thousand 500 inhabitants. Tourism developed considerably here, due to its location close to the Costa Smeralda to the north and the marine area of Tavolara to the south. You can admire a village with colourful little houses, taste the Golfo Aranci cuisine with its seafood specialities and typical Sardinian dishes and you can do some shopping on the lively promenade in the village centre.
Trips via sea or on land along trails lead you to spectacular coves with heavenly beaches and sheer cliffs overlooking the crystal-clear turquoise waters. There are over twenty beaches, some of which are wild and others comfortable and well-equipped, like the Cinque Spiagge (Five Beaches), little havens of fine, white sand facing the village, one following the other. Moving towards Olbia you will find the Spiaggia Bianca (White Beach), with fine sand alternated with rocks, the lovely Cala Sassari, the fabulous stretch of Nodu Pianu, separated by a small path from the wild beauty of Cala Banana, the heavenly Baia Caddinas, the fine sandy coves of Terrata, the little beaches of Baia de Bahas, the little sheltered pools and the beach of the Baracconi (little shepherds’ and fishermen’s huts).
Not far from Porto Rotondo there is the beach of Marinella, one kilometre of gentle mounds of soft sand, smooth rocks and an emerald green sea. Around Capo Figari, you will find the fine, golden sandy little beaches of Cala Moresca, the protected reserve of Cala Greca, a beach of pink pebbles hidden by cliffs, the delightful Cala del Sonno, where the fishermen take shelter and Cala Sabina, a sandy shore with a Caribbean appearance, which you can get to by train, which runs along the promontory. Set in the depths off the shore of the third beach, there is the MuMart, an underwater museum of contemporary art, which can also be visited when snorkeling.